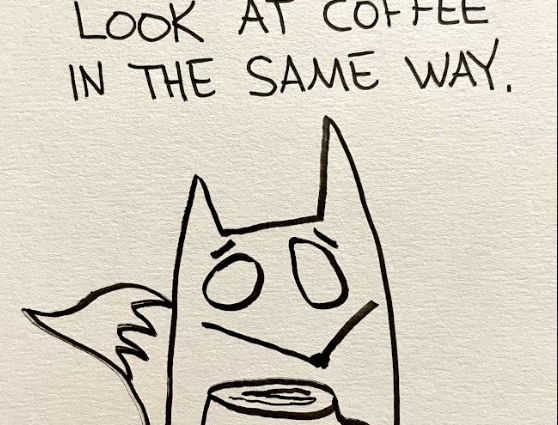 I have a friend who says he’s straight, but every time he gets drunk he always wants to hug, kiss, and dance. Not to mention “dry hump” me ALL THE TIME! How do I get him to stop this, because he’s not my type even though I’m gay.

I feel you. But not that way. I mean, I get it. Why do some dudes think dry humping is a neat way to introduce themselves? Don’t answer that. I think “straight” is just a phase your flirty friend is going through. It’s only a matter of time before they hug, kiss, dance, and hump their way to a new identity. Having said that, I have known many hetero chaps to be a wee bit promiscuous. In high school, my friend’s older brother once proclaimed that he would stick his d*** in anything wet and warm. He was handed a cup of coffee.

It is unfortunate that you are not attracted to this one. Returning his interest could go one of three ways. 1. He likes it and you both continue. 2. He slaps you and screams, “Get off me you beast!” or 3. He realizes that there are consequences to his actions and backs off in confusion and fear. But he is NOT your type, so let’s avoid these altogether.

Being single can be a challenge. There are so many opportunities to turn people down. You can say, “Today is my bathroom cleaning day. I don’t have time to be humped, I have to scrub my toilet.” Or “I prefer to clip my toenails alone right now.” Or “Quit trying to dirty dance on me, Judge Judy is on.” Some people would get the hint. But your straight friend seems persistent, and well, drunk.

People often say drunks are more honest. Or that courage is liquid. My take is this: Drinking makes you clumsy and stupid. In moderation and not behind a wheel of a moving automobile, it can be fun. But when you drink enough courage to try to stick your tongue in the mouth of a dude who doesn’t want it there, that is not honest or brave. It’s rude, nasty, and quite frankly it’s sexual harassment with the potential to get dangerous. Women aren’t the only victims of rape. I’m not saying that’s where things are at, but look at it this way, if some belligerent man was acting this way toward your younger sister, what would your reaction be?

All right, so you’ve watched enough episodes of Judge Judy, and your toilet is sparkling clean, and your drunk straight friend still hasn’t taken the subtle hints. You want to preserve the friendship, so that removes the option of knocking him out with a cast iron skillet. (Don’t! This might involve authorities. Very messy.) In which case, you’ll need to confront your friend before he cracks open that bottle of Fireball. Let him know the truth. You want to preserve your friendship, but his advances make you uncomfortable and although he is not a hideous monster, he is not your type. My money is on him denying the whole thing and proclaiming straightness. There might even be some derogatory terms toward the queer community. Don’t be reactive, just set your boundaries. Let him know if he ever needs to talk, you’ll be an ear. Because if he is gay, he’s having a hell of a time coming out of the closet. And maybe it would be more helpful for him to talk it out with you rather than doin’ the humpty hump.