There Goes the Last DJ 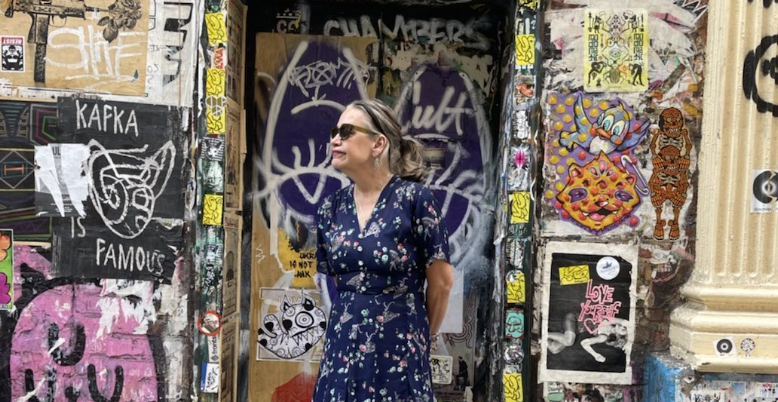 There are countless old stories about radio airplay affecting a musician’s suck-cess. You’ve heard em: “The DJ flipped over the disc to play the B-side, and TA-DA! You’ve got yourself a hit record.”

The hitch in all these tales is that the radio DJ’s autonomy was imperative in the process. Also, all these stories originated in the 1950s.

I’ve often fantasized about giving a TED Talk on the real-real lack of freedom any on-air host has in assembling a playlist in modern times. It would likely be super boring and sparsely attended, but it might clear up the age-old assumption that total freedom of choice lies within every radio DJ’s grubby mitts.

The way in which music gets played on radio is a mathematical formulation—seemingly designed to eliminate the human element. This is nothing new. As long as someone is coughing up dough for advertisements, the leaner a playlist becomes. There are numerous metrics and statistics that make me go stupid.

The actual Time Spent Listening (TSL) is such a fleeting number of minutes. Program directors are always chasing after those fickle channel changers, which dictates frequency of spins in rotation. So, when a loyal radio lover is listening all day at work, for example, they will hear repeat songs and artists. Then they email the radio DJ, irritated about the repetition. The truth is these songs are being played more frequently for the casual listener, not the hardcore eight-hour-a-day fans. So, to be clear, the DJ isn’t picking these songs, but since we’re on the front line, we take the bullet.

A certain amount of creative freedom sneaks in when a DJ is allowed to play a lesser-known tune—known in old-radio-hack verbiage as a “deep cut.” Or—get ready to clutch those pearls—breaks the rules entirely and plays something they brought from home that is not already in the system. Guaranteed, no one on the music programming side relishes the rogue DJ.

Meet me. It is I, rogue DJ. The cilantro of radio.

I foolishly still believe music programming can be an art form, which necessitates the host to bend, break, and otherwise ignore the rules. If a person has a great ear and wide knowledge of music, there will always be an audience appreciation for deviant choices. That (admittedly more limited) audience has always been my chosen people.

Honesty has been frowned upon my entire career in the business of show. But for 28 years, I subscribed to the philosophy that if I can’t say something genuinely enthusiastic about a song, best to move on and talk about the thing you do love. The backhanded compliment I heard from management time and again was “You’re really interesting when you’re talking about something you love.” No guano. Saying nothing about a band says everything I believe.

If I’m an authentic person on-air, people understand my personal taste and don’t need to hear faux toadying over an artist or song that doesn’t do it for me. I will admit that, on rare occasions, I have done the unthinkable and pulled the fader down mid-song on a tune that was doing me great bodily harm. I’m sorry Joanna Newsom. It was nothing business—it’s strictly personal.

Scientific studies show music can elicit a physical response from someone in a deep vegetative state or soothe someone transitioning between life and death. That is a powerful notion.

I like to imagine myself hovering precariously somewhere between life and death and what song could be played to get me to rip out the tubes, rise from my deathbed, and lunge for the OFF button.

Some obvious choices would be 4 Non-Blondes ‘What’s Going On,” anything by Spin Doctors, and Paul McCartney’s “Wonderful Christmastime.’ I would Lazarus the shit out of that dreck.

Conversely, you could perform surgery on me minus anesthesia if Spoon’s ‘Inside Out’ was playing in the operating room. Think of the money I’d save on hospital bills if I could participate in the removal of my own organs while blissed out on that snaky, hypnotic groove.

Watching what you say on-air will forever be an important component. I’m not talking about swearing.

Once, at a commercial radio station, I randomly mused that blue Buicks were being issued to senior citizens. Whoops! Naturally, they were an advertiser on a sister station and the whip came down on me and my morning show co-host, Brian Oake.

I happened to be out on the day of my comeuppance, leaving poor Brian forced to test-drive a Buick alone while the sales representative elbowed him: “It’s not your grandma’s car now, is it?”

It’s funny to think about how innocent that time was. We weren’t shock jocks by any stretch—just two friends who felt comfortable enough to joke around with a live mic and 50,000 watts.

This column will have to serve as my never-realized TED Talk.

In the future, when listening to your favorite radio station, keep in mind:

Having had some experience in membership-based media, my intention remains true: I only feel comfortable asking for donations if the creative output I’m helping to deliver is one-of-a-kind. Something you can’t get anywhere else.

Having only started my writing relationship with DISPATCH in August, I can sincerely vouch for the renegade souls who work their booties off to shine a light on new voices with each issue.

I am honored the editors had interest in my voice as a writer and, with your support, you’ll have my actual voice-voice back soon enough, through some upcoming projects we’re scheming.

Figure It Out, Blu DeTiger

Rockin’ Back Inside My Heart, Julee Cruise