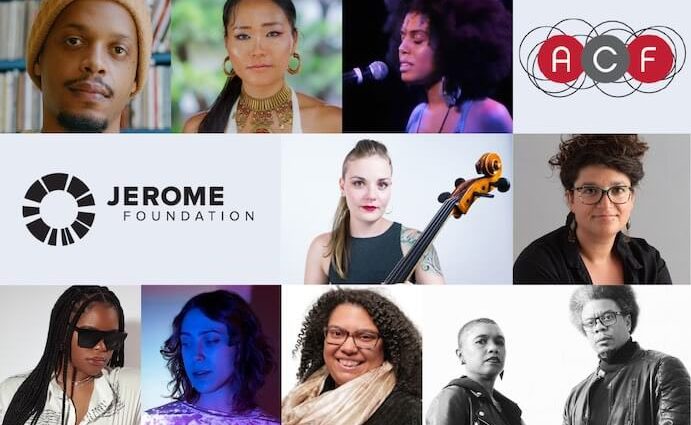 Cariah Brinaé, Alana Horton, AJ Isaacson-Zvidzwa, and The Muatas are the four recipients of American Composers Forum (ACF)—formerly known as the Minnesota Emerging Composers Awards. This award, created to engage Minnesotan musicians who might not take part in other ACF programs, provides artists with funding and resources to connect local musicians to help enhance their professional creativity, and taking creative risks.

This year’s recipients represent a range of musical genres, from R&B, punk, electronic, and classical. Nominations are open to early-stage and practicing musicians, who have yet to be celebrated for their work, but have at least two years experience creating their own original pieces. No formal music training is required. Each winner will receive $3,000 to use toward their creative pursuits as they develop their musical careers.

The music that represents this year’s winning cohort is diversified amongst many genres. Cariah Brinaé, an R&B singer-songwriter, has been involved in music since she was 10 years old. She started by performing at open mics in Minneapolis, but has become an official recording artist.

Alana Horton, who has previously performed with The Controversial New “Skinny Pill,” has been working on a solo project titled “alone-a.” The project explores the idea of limited memory and her sound relies on the environmental factors that come with performing.

AJ Isaacson-Zvidzwa is a violinist and composer who has previously partnered with the Minnesota Orchestra. She recently composed a 32-minute song about mental illness that was commissioned by the Cedar Cultural Center.

The Muatas are a duo that have been writing, recording, and performing their own music throughout the last 30 years. Their music reflects notes of post-punk, shoegaze, trip-hop, and electronic, and encourages folks to foster meaningful connections.

The ACF was founded in 1973 by Libby Larsen and Stephen Paulus. The ACF provides funding, along with programming and mentorship, to those involved in music from backgrounds that have a history of having little to no access to musical endeavors and creative opportunities. For the Minnesota Music Creator Awards, ACF worked in partnership with The Jerome Foundation, which was founded in 1964 by philanthropist and artist Jerome Hill.