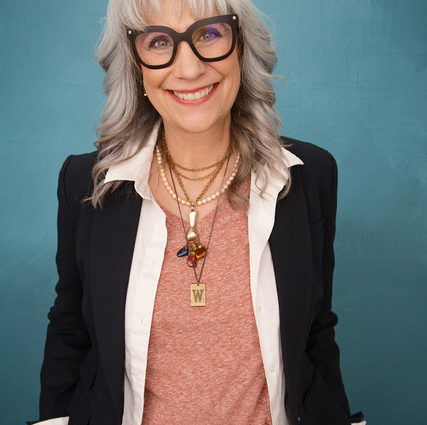 This year was certainly a mess, wasn’t it?

From the fall of reproductive rights to the failed red wave midterms, 2022 is a year that didn’t pull any punches. And while many of us are looking forward to leaving it in the past and moving towards a better 2023, Lizz Winstead is here to help us reflect, process and make fun of everything—and everyone—who made this past year and absolute shit show.

Winstead will bring her annual year-in-review: BADMEN and Some Crappy Women to the Parkway Theater for two shows Dec. 30 and 31. But don’t expect to hear a rehash of every Twitter joke you’ve read over the past 12 months.

“The way I’ve had to strategize and write about this whole year is by finding trends and asking questions like, ‘If this happened and this happened and this happened, how did we get here?’” Winstead explains. “I really wanted to find soundbites that didn’t just make it all over the news or Twitter or The Daily Show. Of course, I’ll talk about Lauren Boebert and Herschel Walker and the players you’d expect, but I have some gems that I dug up that will really help with the framing.”

As co-creator of The Daily Show, Winstead is quite literally the authority on lampooning the political landscape. For the past 12 years, her New Year’s Eve shows have served as something of a palate cleanser to help audiences close the book on the complete and utter disasters caused by the very people we trust to represent us.

“I don’t think we go out with a clean slate anymore, but we’re all in this together,” she says. “It’s kind of like let’s all hold hands and watch the pile-on happen.”

This year is no exception, and Winstead has more than her fair share of material to choose from.

“Some complete morons who do not understand the reproductive system made some decisions,” she says of the overturning of Roe vs. Wade. “We basically allowed Mississippi to tell the Supreme Court how we should all feel about science. Then there’s the Mar-a-Lago raid, the January 6 hearings, Elon Musk. There’s so much there but I want to make sure it’s coming from a fresh perspective.”

There are also a few new faces who need to get their comeuppance this year as well.

“I’m not a big fan of rewarding people who spent years propping up policies that gave us Donald Trump, and now that they hate Trump are supposed to be our friends,” she says. “Liz Cheney is not my friend. And she’s not your friend either. Aside from hating Trump, which is basically just looking at him or reading about him and making any assessment that any clear-headed person would make, she doesn’t get extra points. Like, your dad is Darth. Let’s be clear. Your DNA has been handed down to you. ‘Let’s all get back to the Dick Cheney Republican Party!’ isn’t exactly something I feel great about.”

Then of course, there’s the local angle.

“Minnesotans didn’t get to enjoy roundly enough Mike Lindell and Scott Jensen and Matt Birk,” she laughs. “I really want to be able to give Minnesotans the opportunity to have some jokes about all of this. I mean, Mike Lindell got his phone confiscated at a Hardee’s this year.”

While you might be sensing a heavy anti-Republican theme throughout Winstead’s show, she’s quick to point out that there were plenty of dummies on the other side of the aisle too.

“I take on Democrats in a different way,” she says. “But I hit on them too. It’s not just one big Republican slugfest, although whoever presents the best comedy material is going to receive the wrath.”

With so much packed into a 90-minute show, you may think that you’d leave feeling more bummed out than when you first sat down. Winstead says not to worry.

“Since the history of forever people have done asinine things,” she explains. “It’s why The Daily Show was a success, and it’s why I do this type of comedy. I look at it as a catharsis. It’s having a group of people in a room laughing at pure evil, and then recognizing the stupidity of what happens when you give power to dumb people, and finally holding ourselves accountable for not seeing it coming.”

While Winstead isn’t ready to look too far into the future just yet, she says that she expects 2023 to be chock full of political confusion and terrible people making decisions that they really aren’t qualified to make.

“Of course, we’ve got another asshole in Colorado who doesn’t want to allow gay marriage,” she says. “I think the Supreme Court is going to be handing down some rulings on that. I think they’re also going to have a lot to say about certain voting things. I think whether state legislatures can override voters if they want is something we’re going to be talking about next year. Plus, the Republican candidate will be revealed, so it’ll be interesting to see how the All About Eve redux with Donald Trump and Ron DeSantis will play out. I also think the question of Joe Biden, and will he run again or won’t he is going to be huge. And just how we deal with access to abortion is going to be something we’re discussing too.”

Before we jump into that potential hellscape, however, Winstead just wants to take one last pause to help us collectively roll our eyes at the mess we’re leaving behind.

“People will ask me, ‘How can you joke about all of this?’” she says. “Since the ’90s, I’ve been someone whose comedy responds to the world. Why would I change now? That would be like going into a butcher shop and saying, ‘Why don’t you have fish here?’ and being like, ‘We sell meat here.’ That’s what I do and I’m not going to shy away from that. But it’ll be fun. We’ll have funny videos and graphics. It’ll be fun for the whole sane family.”

Lizz Winstead in BADMEN and Some Crappy Women